For those who don’t know, Facebook has created something called “Metaverse,” which is a big leap toward humans living completely in virtual reality, and it will replace Facebook soon. This is exactly what I wrote about in the Singularity book, but also what we have discussed many time as a possible future–particularly on my forum. Some of you may have heard of this to a certain degree, but watch this and put the dots together… The future is already here. This is serious stuff and a step closer to the end of humankind as we know it:

Please click on the above link to this important article. There are new comments to read also. Make sure you read the comments for more information.

I watched the tv news report on this Meta / Facebook thing last week; and noticed straight away the symbol used and the word Meta. What Zuckerberg says publicly is definitely a bit misleading.

Meta definition : Greek prefix word meaning after or beyond, among, behind. Metadata, Metaphysical, Metaphor, Meta Key, Metacarpals etc. Many words have meta as a prefix as you can see. So does the Metaverse.

Metaverse is right interpretation for this purpose, and this is the singularity that has been warned of. Remembering to keep in the parameters of cosmic law; we must be told of the intentions and there is nothing to prevent this disclosure from being obfuscated. Many people are fully aware and are making blogs and videos about this transhumanism agenda. This is for real and you can see my comments on my old blog over the years and this new one. Humanity as we know is is on a countdown. I don't care what others say to debunk this. It is happening and the more we think about it we draw this into consciousness. That can't be helped though because we create with though. This is the new Nano World, there is no spiritual part of this, it is all synthetic and entrapment of human consciousness.

In the metaphysical statement "what you think is" first a thought is created in astral (or by thought) and then it manifests in our world as physical.  As above and so is below. That is basic energy in action from a human point of view.

The symbol or logo chosen is called a lemniscate otherwise known as the infinity symbol. This is also the same as a snip of the DNA symbol too. Remember in other posts that I said the lemniscate is also a sealed unit. Integration of the human being with the metauniverse and not just metaphysical world is what is being implemented here with the Meta. Our DNA is programable and we are being currently programmed, both psychologically and physically/digitally/spiritually.

Done deal for many people unless they strongly object. But remember at this stage we can still exit this reality and not be absorbed into this insane abomination of evil. You must make a choice or it's all over red rover. Personally I will never compromise my spirituality or my spiritual soul fire.

During the pandemic there have been many hints in the news about transport changing and people working from home and right from the start we heard many politicians and public figures openly say; "This is the new world order" most people had no idea of what they were telling us. This pandemic so far has been  used as drill to see how this will work and so far it's successful.

Be mindful from now on and educate your family, because on a spiritual level this is death for humans as we are now. No death no spirit world and the knowledge that is on the cloud we are interacting is carefully edited to erase things in history that some individuals want hidden. Make no mistake there is big money involved in this.

Our lives mean nothing to these people and our souls definitely don't mean anything to them. Eternal entrapment, without a physical body.

Gee, not sure what happened but the white around the text is strange, it could be because I did a cut and paste from my email from Wes and then kept typing, D’oh! 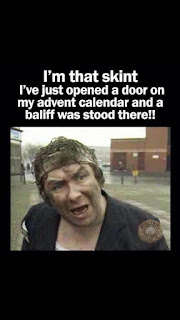