Jesus and the crown of thorns myth

Any astronomer and astrologer knows the story of Jesus Christ is actually based on the night sky. Religion just peddles pap to the masses to keep them subjugated and in a  deluded but evil spell of sorcery and lies.

It has worked for thousands of years, but with the internet and people that quest for spiritual truth, enlightenment and freedom, the myths and outright lies are laid bare  for all time. Once awake one does not go back to sleep, no, life changes dramatically.

At present time we are seeing Christianity on its knees as we speak, as a fight for a new religion to control the planet takes place. It won't be anything like we have had in modern  human history though.

But before that takes place lets take a look at Jesus Christ. His name itself means when broken down JES  means great fire from the sun.

The divine title Lord in the new testament is translated from Greek "Kuros",
which is old Persian name for the sun; God is Gad, an Ammonian name for the sun. Jehovah, by translation and declenation, became Jupiter, which according to Marobius, is the sun  itself.

The famous crown of thorns that we hear of is but a myth, it is in fact  astronomically known as Corona Borealis, it's brightest star being ALPHECCA. Try and stick that on your head.

Jesus was supposedly crucified on a cross with 3 nails and the crown of thorns.
That cross again is a metaphor for the sun in its transit through the zodiac, in the spring equinox of the northern hemisphere.

The constellation of  Capricorn being the Lamb of god. The Lion is the constellation of Leo the royal star sign. Kind of blows the lid off the whole myth, which is much older than the late JC anyway and not to mention there were other Christ type figures further back in history and more than one Jesus as well.

Everything is in the stars, as above so is below. As within so is without and all that jazz
I used to be a religious person when  was young until I started to question things. Thankfully I was not Christened, which is basically an occult ritual or spell cast over a child; no longer willing to accept or participate in enslavement of the mind, body and spirit that most of humanity is programmed into believing. My spirituality intact I am free to transcend the programming of this world of lies and half truths.
The demiurge also gave us astrology in the third dimension as a way of controlling us. Think of it as a super quantum computer program that we are interacting with unaware. It is all part of the god spell which we have unwittingly agreed to in the fake spirit world before we incarnate with little chance to awaken and take back our power.
https://astrologyking.com/praesepe-star-cluster-m44/


Oh by the way; the story of Jesus in the manger is also known as the Praesepe a cluster of stars that are shaped like a basket or by its other name the Beehive (think of the New Zealand parliament building). There was no manger, all the animals, three wise men etc, it is constellations, stars and planets.
You will find bees and beehives all over royal artwork world-wide, alluding to their genetic link to the creators or should I say enslavers of humanity. They did not create us, we already existed as ontoenergetic beings that were duped in to becoming physical beings by the demiurge.
As anyone who has been reading up on this stuff already knows. 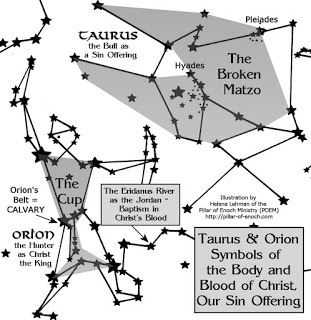 http://pillar-of-enoch.com/essays/Birth_of_Christ.pdf
Taken from  the book by Helen a Lehman, The language of god in the universe.

So many myths but so little truth in our human existence, hopefully that will change, but with limited information and perhaps the removal of important information many people will still be left in the dark.

We have the right to know this information is there in the first place and where to look, sadly many people are so time poor that they do not have the time to study. With the powers that be keeping the masses head down and bum up working long hours every day and when relaxing at home the last thing many people want to  do is study. TV and other mind numbing distractions versus education that will set humanity free, too easy to pick the poor choice.
Originally posted on my old blog in 2019
https://alexfulfordclairvoyantmedium.blogspot.com/search?q=Jesus+and+the+crown+of+thorns+myth+
at Tuesday, April 13, 2021