The Australian Federal Elections 21 May 2022

I didn't know if I was going to take a stab at the elections until today. This is the hardest one that I have ever done. Harder to pick than a broken nose as they say.

This year people are quite anxious about what the elections will bring. Some people are angry with ScoMo (Scott Morrison) Some think that Albo or A've been sleazy ( Anthony Albanese ) doesn't have what it takes to lead the nation. One thing to keep in mind on the day is, the winner will bring with them a different set of problems. This is just what we don't need!

Looking at the layout someone is aiming high and their luck is in. The promises made at the election campaign cannot be kept as usual. Both for practical reasons as well as the BS. Money needs to be invested in Australia fast to protect Australia. I see small drops of money given here and there to keep people sweet, but big money must be in defence and border security immediately. Time will move fast when this election is over and the new party takes up office . Whom ever is in office will leave their mark and not in a good way either. There will be missed opportunities of great importance, and the people that were swept off their feet with elation in the election results will feel let down.

Dirty tricks are being played out at present and some people will be swayed at the poling booths due to deception and dirty tricks. Anthony Albanese I feel is naive and needs to smarten up fast, should he win this election. He must keep looking over his shoulder for the enemies within the party trying to sabotage him. He will be hounded by the usual thugs in the party unless he can lay the smackdown hard on them.

I do not think he has it in him to be able to slay this demon group of thugs. None of them mind you will be prime minister, no they are the ratbags that make a career of destroying people and Australia.

From the public image that Mr Albanese puts out he comes across as self effacing, this could be a ploy for sympathy though and is unattractive for a leader of a political party. I would say he is sneaky more than self effacing though because to survive in politics one must be tenacious and as hard as nails. Nice guys do not fit the bill.  Now as I look over the cards and doing a few layouts this is what the cards reveal.

I feel Scott Morrison does not have fate on his side for winning an election this year. He seems to be losing appeal and appears to be scrambling to keep control. The following cards, The World, 5 of Wands and The Tower seem to shows an ending, a fateful situation, as Scott Morrison forges on with the campaign trail. I feel he will be swept aside in the battle. This could also point to a new leader being elected to head the coalition. I feel Morrison's time is up and it is time to move on, perhaps to an overseas position.

I do not see Barnaby Joyce ( National Party) in that position either as he is rather reckless. He would not be good for the party nor the nation. I would hazard a guess at Josh Frydenberg or Dutton, It will be a dark haired man that will take over the leadership. ( Allow for hair  graying).

Anthony Albanese  has been again offered a golden opportunity just like the last election. He must be prepared to step up to the plate again, this is his second chance at this. As I look at the cards I see he has an important benefactor behind him, supporting him for this position. This is an older man that has schooled him behind the scenes. Someone like Paul Keating comes to mind.

Anthony Albanese must take a stand for Australia and democracy. Something has always held him back I see. This I feel is his own fears of the future as well as dirty tricks in the party. He has this one last chance and his benefactors tell him this is it. There are no other chances to come up with the goods. The path has been paved for him so to speak.

He has to stop playing the poor little me game and get on with it. I feel he has been warned not to blow it this time. Like he did at the last election, losing the unlosable election stuff up. Talk about Frank Spencer! 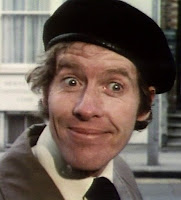 Mr Albanese must put all that behind him and show leadership. The Empress card shows leadership and abundance around him, so the time is ripe for him to win, time will tell of course. I do feel that the ALP will win this election.

As I look at the cards, Penny Wong keeps showing up, She is a very disruptive individual in the party and has been linked to overthrowing the leaders of the party, Abbott, Rudd, Gillard, Shorten.  Mr Albanese needs to watch out for this little minx.

One thing that I will keep in mind on election day is, Labor  will not increase welfare payments. The ALP have a penchant for supporting China and over many decades have done a lot of damage to our industry and the economy. Politics is an ugly and dark business, not something that I like to deal with, as I do not trust any of them period!

On a side note, My wedding anniversary falls on the 13th of May, Scott Morrisons birthday is the same date. Anthony Albanese was born the same year as me too. How is that for a koinkydink 😅😆