ANZAC Day like Remembrance Day are a bit painful for me, much as I have immense respect for all service personnel worldwide.  As my father’s life draws to a close I am saddened to know both he and men like him will never be recognised because they were put on missions at a young and naïve age some  under 21. In extremely dangerous assignments that will never be officially recognised; the effects of which still haunt them. Yet they are denied their due respect. I am proud of my father and all the young men in their youth, that carried out dangerous missions with absolutely no acknowledgement of their deeds from the governments of their homelands.

These young men were naïve in taking part in covert missions that without their dangerous missions, we may not be in the safe world that we enjoy today. It sickens me to the bottom of my stomach and knowing the silent suffering of these good men. These good men deserve much respect and acknowledgment. I am sickened by the rich and powerful that causes wars yet make the young working class men pay with their lives. We are staring down the barrel of another war caused by the same evil and the masses just accept the abuse of the working classes.

Old men live with the scars in silence and try to fit in to the normal everyday world. Trying to hold it together so that no one knows their suffering. Old men fearing death and judgment in the afterlife. I know because I see my father in the closing of his life suffering and I am as angry as hell to see his suffering. Rest assured the young people of today will go through this suffering in their old age in 50 years time because the masses like sycophants obey evil and pick up guns to kill other innocent working class people for the same evil controllers of this sick and twisted world. Such is life! 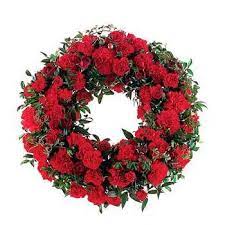