Let’s get clear up something first, public housing is a state and territory issue not federal issue. Labor have been in power over 20 years in the Australian Capital Territory. The responsibility lies with Andrew Barr, he is the Chief Minister for the ACT and the minister for housing, not Albanese.  The ACT labor government have had more than enough time to fix this problem. Yet people keep voting them in even though they are useless. Why, because labor throw money around like it’s going  out of fashion especially on the public service.  Canberra is a public service city and public servants drive the economy in town. But labor never take on real important things like housing, health and education or policing. We have several stupid metal sculptures around Canberra costing more than a small house though,  under labor. We have a rental shortage that is dire not just public housing. For non Australian readers, The ACT is a small territory that sits inside southern NSW, so hence me adding the link showing NSW labor in office at times.

Currently NSW is under a Liberal government with  Dominic Perrottet as the premier.

https://en.wikipedia.org/wiki/Australian_Labor_Party_(New_South_Wales_Branch) scroll down to the list of pollies. This tells you when labor were in office and when not in office.

I am very doubtful of anything of real substance being done to alleviate this issue. Or any other real issues, not including the BS climate crap. There is no real party that has been seen to actually improve the living standards of ordinary people. To think otherwise is ludicrous as time and time again we see the poor results.

I have no idea how families today survive on so little when they have utilities, food,  medicine, clothing and footwear. Money for public transport or running a car. Many Australians don’t have access to public transport if they are in rural areas or they services are irregular, so they need to have a car. Kids need a computer to do their school work too. It all costs money and on a pension or unemployment benefits it is very difficult to make ends meet. It is no luxury and these people do not deserve to be stigmatised. That is psychological and emotional abuse on vulnerable people and especially children.

The mainstream media have a lot to answer to as they do much of the shaming of people on welfare and most of the time, the media whip the public into a frenzy. 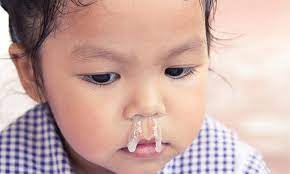