Mithras, the Solar deity was a god that was worshipped around three and a half thousand years ago, throughout Rome, the Roman Empire and Persia.
He was an astrologically based god. Mithras was known under variations of his name. Such as Mithra, Mitra, Itu,Mitu. Under some names, Mithras was worshipped for thousands of years. In a nut shell though, This god is the Sun. The same as many gods of our planet over thousands of years. Same horse, different jockey. The Judeo-Christian hierarchy then usurped this god and used the Sun/ Mithras or call him what you will, to be their "God". They then brought a reign of terror down  all others that did not follow their rule. Rehashed we know the sun in Christianity, as Jesus Christ.

Even to modern times, Mithras is popping up in the RWS Tarot cards. If you look at the Ace of Cups, you will see an M on the cup.  It is written upside down, for some obscure reason. Nothing like been hidden in plain sight.
But why was it not identified by A E Waite?  I have spoken to many about the M on the Ace of Cups, including writers of Tarot books, no one has a definite answer one way or the other. It has been left open for a reason. Unlike other symbols in the Tarot cards.

This God Mithras also was depicted with a lamb, just like Jesus. You have to ask yourself, being a person of the 21st century, how much longer are we going to go on believing in Zodiac signs as gods? Astrology is very important and not to be taken lightly. The ancient people of this Earth knew the truth. They had a healthy understanding of Atro-theology. They lived in harmony with nature and were better adjusted mentally than most people are today. The reason being, they did not have their minds corrupted by the evil religious leaders of the modern world, that being from bible times to the present time. There was no need to fear "God", they knew the truth and were spiritually aware. Far more aware, that the masses are today.

The 12 signs of the zodiac,( well actually there are 13 of them, Ophiuchus:
which sits after Scorpio) are the disciples that we know of in Christianity.
Over the past 2 hundred years many good researchers have had their good names tarnished and their work ridiculed by the Church Inc, for speaking out. For the simple reason that they would be unemployed and lose millions of dollars in revenue should the truth come out. Not to mention all the millions of lives taken by them to keep the masses under control.

If the masses would only read up, on the whole truth, they would be sickened by what has actually taken place, with their consent over the past two thousand years. Now we reach the new age of Aquarius, where these evil controllers of our world have known for Milena that the truth will come out. They know that their reign of terror must come to an end. It is written in the stars. And this is why the church forbid people to read, to be educated and to study the stars. The stars reveal the truth, as it was meant it to be from the very beginning. Instead  all the highest ranking church leaders studied astrology to know how to deal with the masses and keep them under control, by saying that astrology is evil and communicating with  spirit is evil and wrong, and insisted that we only communicate with god through them. Gee, Who died and made the Pope king? As I have written in the past, every single pope had to study astrology. Now why do you think that is? NO, it is not so that they can" know thy enemy". What a foolish thing to believe, yet that is what they tell the simple masses. Did you know that the church also set about destroying technology and discouraged hygiene too. I kid you not.

You see education, hygiene, spirituality and all that is good for humanity and nature is totally against what these sociopaths want for humanity. They want to corrupt souls. Fear was not part of the ancient ways, love and peace was part of the true spiritual ways. Love of nature, love of humanity as part of nature and spirit. Why would anyone want to destroy something as peaceful and loving as that? To discover all about Mithras and religion in general is going to take you a bit of time. But hey, it sure beats sitting in front of the TV day after day and night after night. What do you have to lose or fear? The truth is what god wants you to have. Our god is not a planet, our God/Goddess is a spiritual entity that is permanently connected to all living souls (us, animals and  all of the planets too!). This link can not and will not be destroyed. They evil ones right at the top of the hierarchy know this, they do not want you to know it. They detest women and the divine goddess too. It is time for humanity to step up and re claim their sovereignty as spiritual beings and live in harmony, love and peace as part of nature as god intended to be.

To help you along the way, please read books by Gerald Massey, Alvin Boyd Kuhn , John Lamb Lash and a list of others as listed in my blog. It will improve your general knowledge and  give you food for thought. You can also get a better understanding of poetry and classical literature such as Shakespeare. Boy there is an other big mystery right there Shakespeare/ Sir Francis Bacon!

Please take the time to read this stuff, you will lose yourself for hours and enjoy the fun of the great mysteries too. I do hope that people do delve into this subject, even if it is only for pleasure. It is so riveting reading this ancient knowledge and will bring about big changes in your lives and your understanding of many things.

As an update to this after reading the Wes Penre papers, I have this entities true name and true nature. I urge  people to self educate and keep updating their knowledge as new things come to light. This is what I do. I am looking through old posts at present adding updates. Nothing stays the same these days nothing is 100% certain in our lives apart from death and taxes as they say.

Mithra or Mithras is non other than the Annunaki serpent clan leader the Lord En-ki or in Gnostic literature Yaldabaoth. He has many names throughout the world.
Copyright © Alex Fulford 22 November 2012
https://alexfulfordclairvoyantmedium.blogspot.com/2012/11/a-word-on-mithras-mithra.html
Originally posted on my old blog on 22 November 2012
at Sunday, March 07, 2021

Tarot card of the month, October 2021: The King of Pentacles

Enterprising, Adept, Reliable, Supporting, Steady Boy this card is back again. Now it is a positive card in some respects; such as in fina... 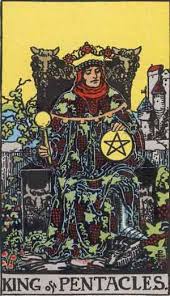