Angels The Igigi And The Psychic Phenomenon Part 1

I am going to post three articles over three weeks on the subject of angles and the race of gods called the Igigi/Igigu and do a comparison, which will also be relevant to the spirit world and the psychic phenomenon. I will mention my experiences with this phenomenon too.

Angels: Who are they and what are they? 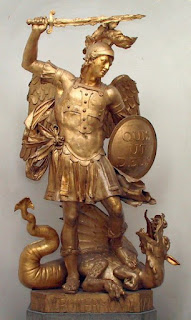 Let's talk about angels, we have stories about angels from all over the world since the beginning of time. Sometimes they are depicted with wings and sometimes not. Sometimes they are depicted as bright glowing beings.
We are told they are messengers from god and are benevolent. We are also told in the Christian bible not to thank them, all praise must go to god and him alone. From research many people have done over the centuries, we know  there several realms of angelic beings. We also know some of the information was channelled  through to men in the bible and then passed by word of mouth to the non literate people. So it was not just written on tablets. Below is a lay out of who is who of the angelic realms.
First or top layer of Angels:  Seraphim and Cherubim
Seraphim or burning ones, are supposedly the highest of the angelic orders.
Function; to administer and delegate to other angelic beings down below them in rank.
care takers of god's throne.
Description:  these angels have 6 wings, 2 covering the face, 2 covering the feet and 2 for flying.
Cherubim: (and Putti)
Description: These angels have four distinct features.  Four faces, one of a Lion, one of an Ox, one of an Eagle and one Human.
The Putti are the ones depicted as chubby little male babies. Often depicted in art and architecture.
Thrones:
This is the third and last band of the top layer, also known as Elders, just like in religion.
Supposedly living symbols of god's justice and authority. In association with them comes the Ophanim.
Ophanim is taken from Hebrew meaning wheels, similar to the word Chakra which means spinning wheels.
Description of the Ophanim is rather odd, unusual round objects ( or beings?) Depicted as having their rims covered with 100 eyes and a wheel within a wheel.
They are seen to move along with the angels or the angels on top of them. Perhaps these are a vehicle like the VIMIN, that were used by the Annunaki. They are the colour of Beryl. As I write this I am thinking the colours of Beryl are almost like traffic light colours, as the colours of Beryl vary.
Second Layer of Angels: Dominions , Virtues and Powers
Dominions or Lordships:
They rule over the lower realms of angels sort of like in government from the top down.
It has been said that in very rare occasions these beings have revealed themselves to some humans.
To distinguish themselves from other angelic beings, they have an orb (perhaps a light) attached to the top of their sceptres' and  on the pommel of their swords.
Virtues:  also known as Strongholds
Virtues are for miracles to be made in our world. That sounds rather broad term. Stronghold makes me think of military strength.
Powers or Authorities:
Responsible for the heavenly bodies in the cosmos. Also warrior angels to ward off evil spirits and keeping law and order if you like just like police. bearer or witnesses to history and conscience.
Charged with the duty to oversea the distribution of power among humans.
Description: Wear armour and helmets and carry spears, shields and or chains.
Third Sphere of angels
Principalities or Rulers
These are the angels supposedly given the job of protecting nations, groups of people and institutions such as churches etc.
Description: They wear a crown and carry a sceptre.
Archangels:
There are supposedly seven of them, Michael being the main one. But in modern times more names have been added. Michael, Gabriel, Uriel , Metatron, Sandalphon, Raguel, Haniel (#8 Zadkiel). There names are not not strictly correct order here by the way.
There are also variations in the spelling of their names and also alternate names in various texts and cultures around the world.
These  Archangels guard nations.
In the ranks of Archangels there are two levels. The upper one use  an upper case "A " to distinguish from the lower rank using a lower case " a ". There is also the choir of angels included with the second layer of angels. It is from this rank that our personal guardian angels are supposed to come from.
The late Gustav Davidson wrote the Dictionary of Angels, including the fallen angels.
It is a handy encyclopaedia, but the vast list of names can sometimes be actually several names for just a few people as some researchers have proven. 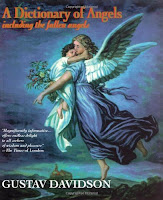 I would say modern man does not really believe in angels per say. We are  more inclined to think that it is all mumbo jumbo.  But there is a resurgence of angels in modern literature and film. In particular the New Age movement, which sprung from the Spiritualist  movement of the late Victorian age,  who are very into the belief of angels.
Many books  are printed saying, that a particular angel looks after such and such function, lost items, lost animals, looks after children, offers protection etc. How to connect with your guardian angel, heal with angels etc.
While others believe in intelligent design and extra terrestrials, including the search for the origins of humanity. Perhaps the truth lies somewhere in between the two. As many researchers have suggested.
Time will bear this out to be correct I feel, as we move even closer to the real facts.
Have you noticed the Angels are all Caucasian, blue eyed? I find that rather odd to be honest. They are quite tall and winged in all images.
The human soul or spirit when out side of the body is also very tall,( I have seen them often). However that is a light body or avatar, which the spirit being keeps until the next incarnation or if evolved enough, drops the avatar or light body to become pure energy and still maintain a consciousness. 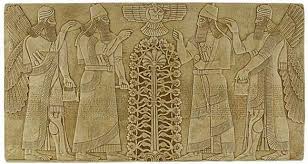 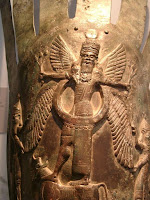