I have been aware of occult symbology in the fashion industry and entertainment for many years, but just decided to bring it to my readers attention. Like I always say, nothing is ever what it seems in this world. The occult symbols are everywhere you look, hidden in plain sight. Now that is important when dealing with cosmic law. The truth must be presented to the masses, but there is no rule against obscuring it.


Notice Lady GaGa's name in this video. The expression gaga implies crazy as we know, but did you also know that it is also an occult name for the planet Pluto. There is a reason she has that stage name, including the occult/Masonic videos and wordings in her songs.

When you see this symbology all through popular culture you know something is very wrong. Notice the Vatican in this video. In a previous post I commented  about the Pope admitting that Lucifer was the god of this planet. He made the speech in Latin, back in 2015, for the simple reason, the masses do not understand Latin and it would go unnoticed by the majority of people. Again this is using cosmic law and obscuring. Look at the symbols behind the pope, right there in plain sight. I have stated in the past that to become Pope one must be well versed in astrology, but add to that the occult and 33 degree freemasonry.


Have you noticed how many models of today look like soulless androids.  There is nothing in their eyes, void of any feeing or emotion just like a robot. Some of the ways models pose these days are quite weird. In some cases they are made to look like fools in stupid outfits looking ridiculous standing in in un-natural poses, which often look quite sloppy.

One needs to pay attention to some of the hand signs presented by these models, especially covering one eye. Some times one arm and hand is pointing upwards and the other pointing downwards. The classic as above, and so is below. These are Freemason and esoteric  hand signs that are being employed. It is a secret code that only those in the know understand. Celebrities and high profile people such as politicians and business people of note all use this,  signalling to each other to say I am one  too.

We are living in a world void of true spirituality, which is endorsed by celebrities and powerful people to encourage us to copy them. Is it any wonder the west is in decay? The loss of spirituality is so evident. The new age stuff  being offered to the vulnerable, who are trying to raise their consciousness thinking that this will help them, sadly they have backed the wrong horse.

I find one of the most annoying places for being bombarded with this insanity is the hairdressers. You plank yourself in the chair for a hair cut and all around you are symbols, music and sometimes an advertising video playing on a loop. I just want to bolt for the door as I find it annoying.


Shopping malls are like temples for all of this subliminal bombardment of the senses. I keep visiting those places to a minimum. I get in to the mall go for what I need and get out. I choose not to be surrounded by all of the occult symbology and targeted advertising, urging us to buy things that we do not really need.


Have a look on Google images of any famous person and your will find a who's who of the occult. I would also recommend you read up on the net about the satanic link with freemasons and Hollywood.
It sure is an eye opener. For a start Holly wood is used by druids to make a wand to cast spells.
It is the vibrational energy of the wood from the Holly tree that  holds an energy charge. 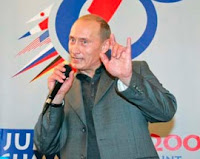 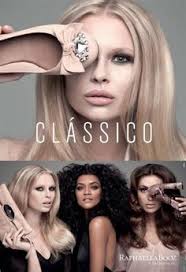 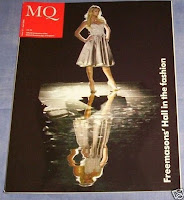 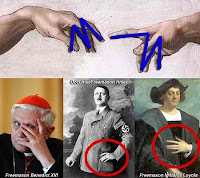 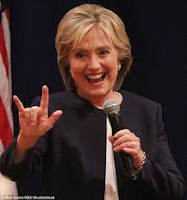 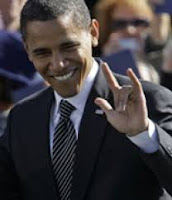 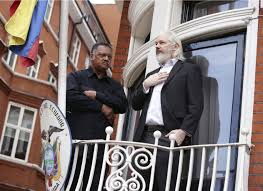 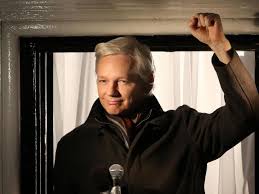 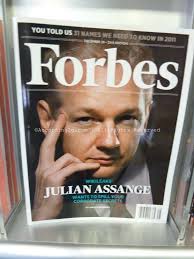 https://100777.com/node/1269
Pay attention to colours also, they are also a coded language especially red, white and blue, and the rainbow colouring which has a a deep esoteric meaning. Numbers are also very important in the occult, dates,  months, and sequences of numbers. Numerology is a very complicated system, and takes a while to understand in its complexity. There are two types of numerology, Chaldean and Pythagorean, to study, which are used to convey messages to the initiated  world wide to this day.
http://www.theopenscroll.com/hosting/SatanicCalendar.htm
So you can see there is so much going on right under our noses that goes unnoticed by most people.  Once you start to pay attention it just jumps out at you, and you will notice it every where you go. Advertising, buildings, art, ancient monuments and modern monuments. It is all put there by a small minority to remind us who is in charge in this world.
It is a fascinating subject but it can also be quite a disturbing subject if you get to deep into it. It is ok to be aware of it but don't get bogged down in this stuff. I don't think it is particularly healthy to dwell on.  I leave it to the experts like, Wes Penre,  Texe Mars and David Icke  ( Icke, whom I feel is controlled opposition) to get into all that stuff. It is not the world that I want to live in.
Copyright Alex Fulford 2016/ 2017
UPDATE: Have a look at this link below. It amazes me the amount of  parents (women especially) that lack moral values and discernment; and think it is ok for their kids to watch the tv shows and go to concerts these filthy individuals. Something is lacking mentally in such adults. Personally I would be restricting who my child associated with if they have parents that allow their child to be exposed to this filth.
This is still under the same Satanic umbrella so do not think they are separate. Most of your celebrities are controlled by MK Ultra  and similar techniques. This has been going on for decades and the masses ignore it.
http://www.jamthesignal.com/2016/11/modern-music-promoting-pedophilia-to.html
https://illuminatiwatcher.com/decoding-illuminati-symbolism-moloch-horns-satan/
originally posted 1 November 2016
at Saturday, February 27, 2021